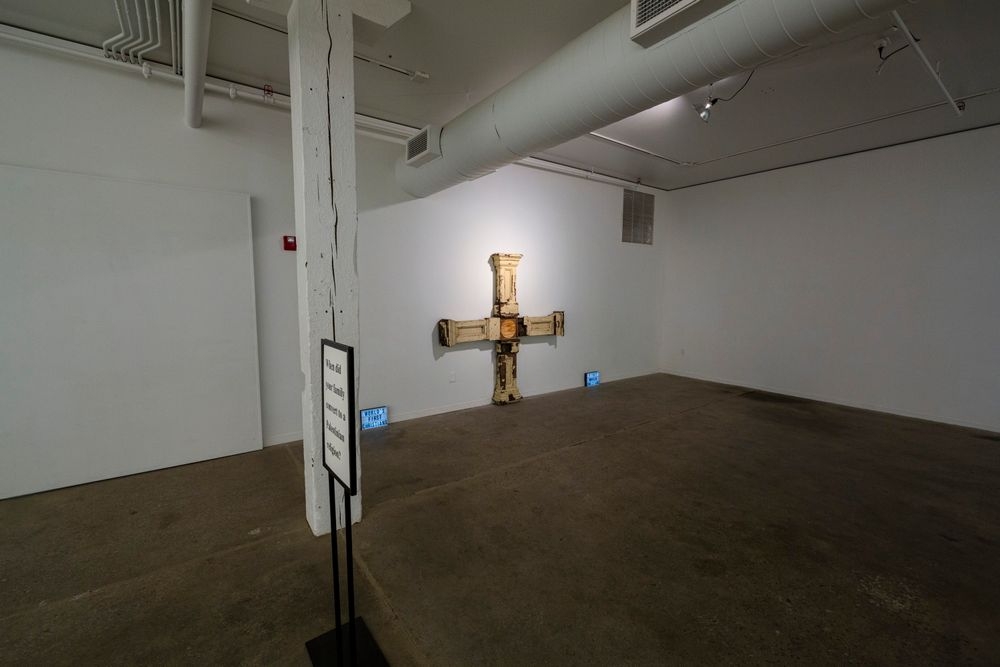 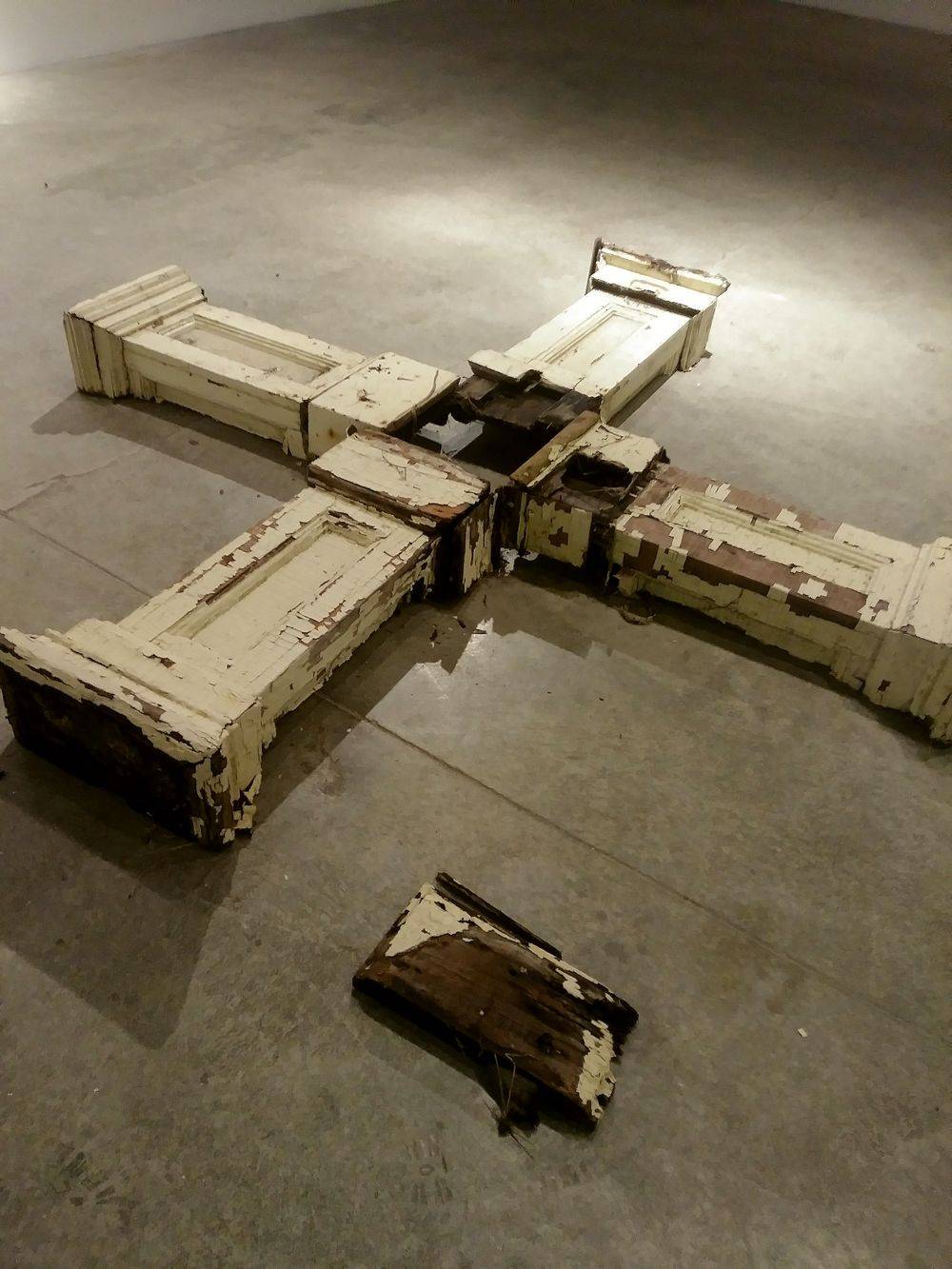 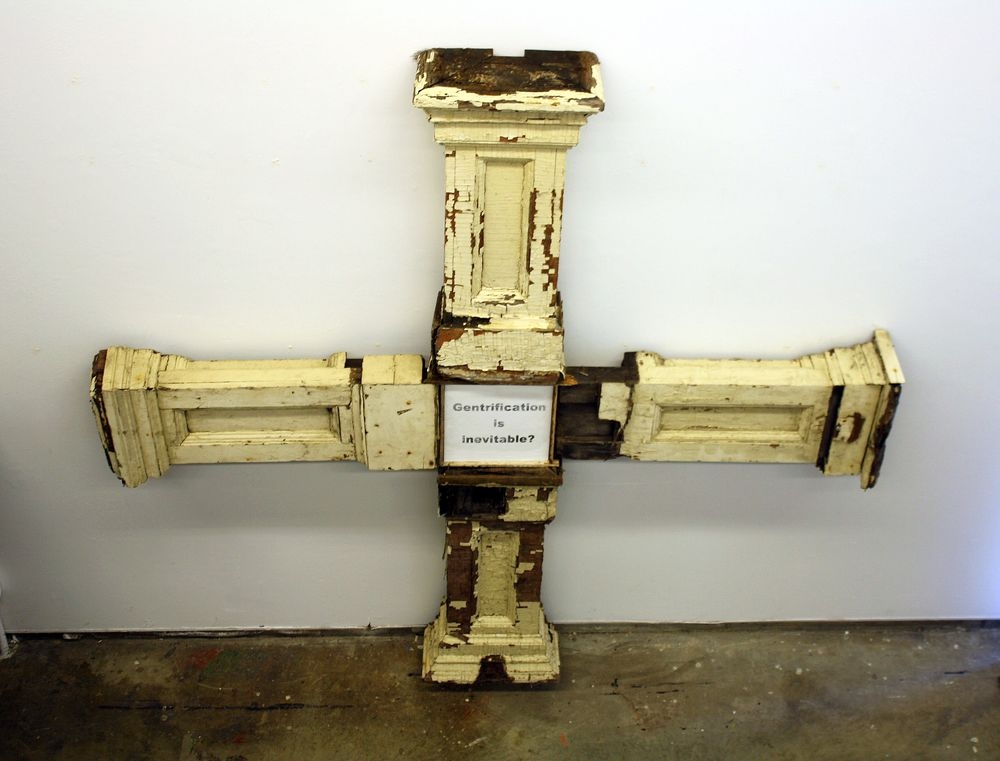 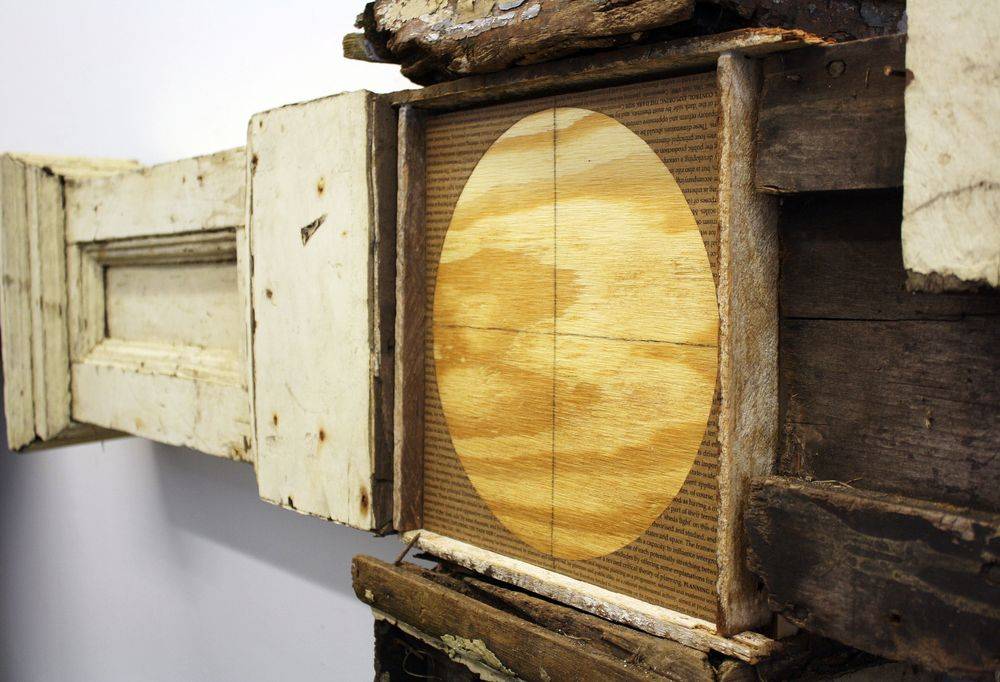 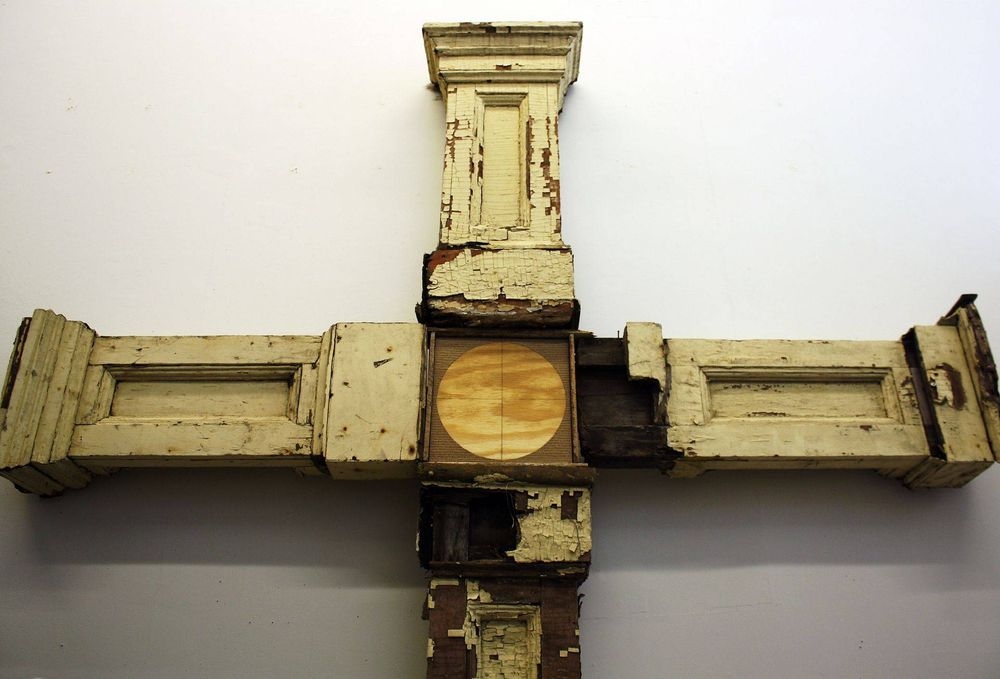 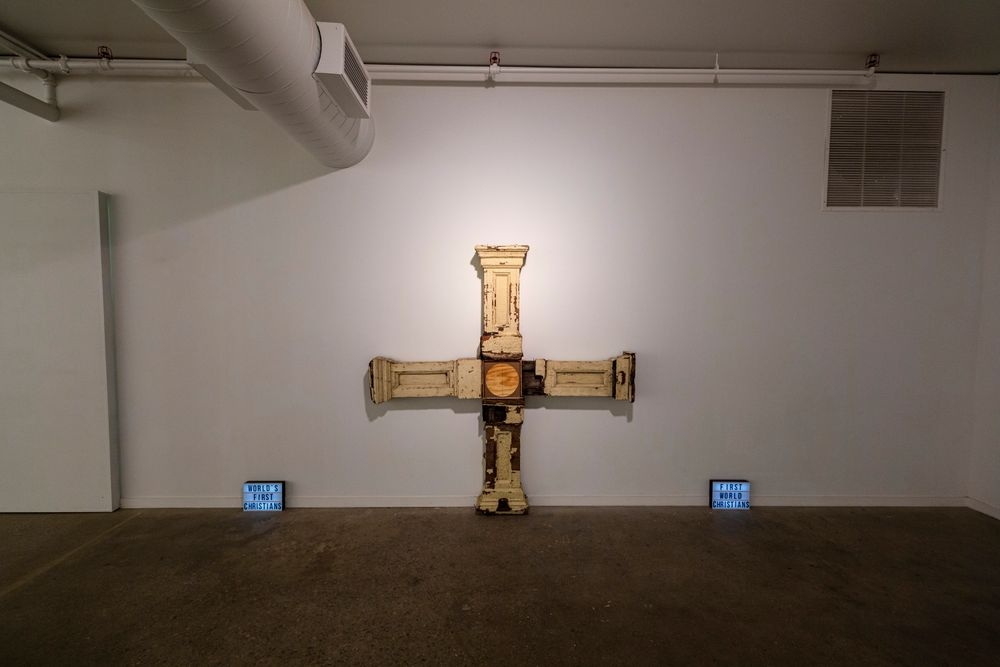 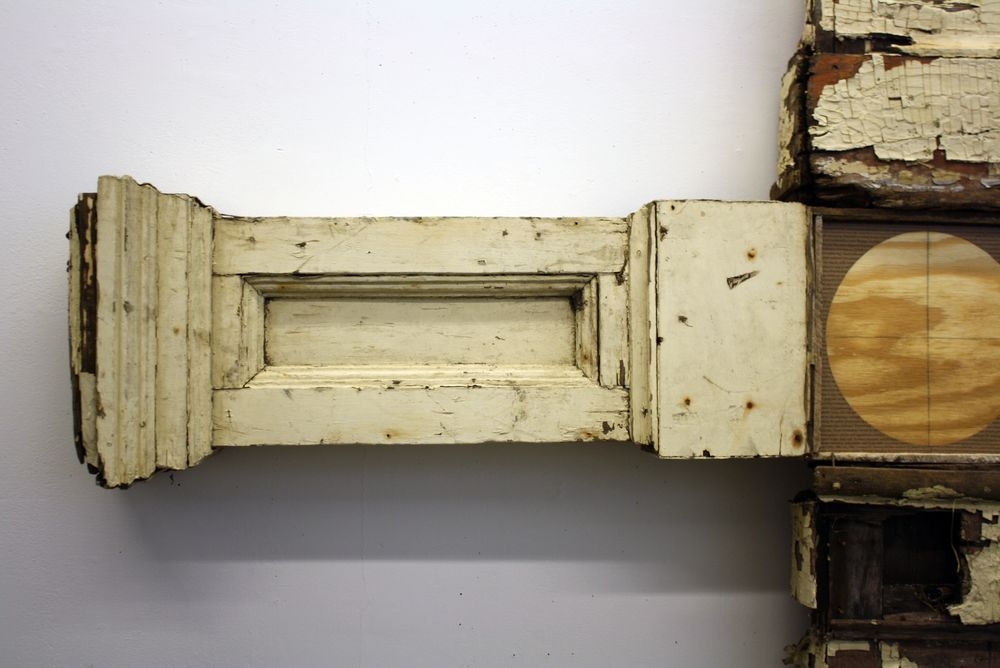 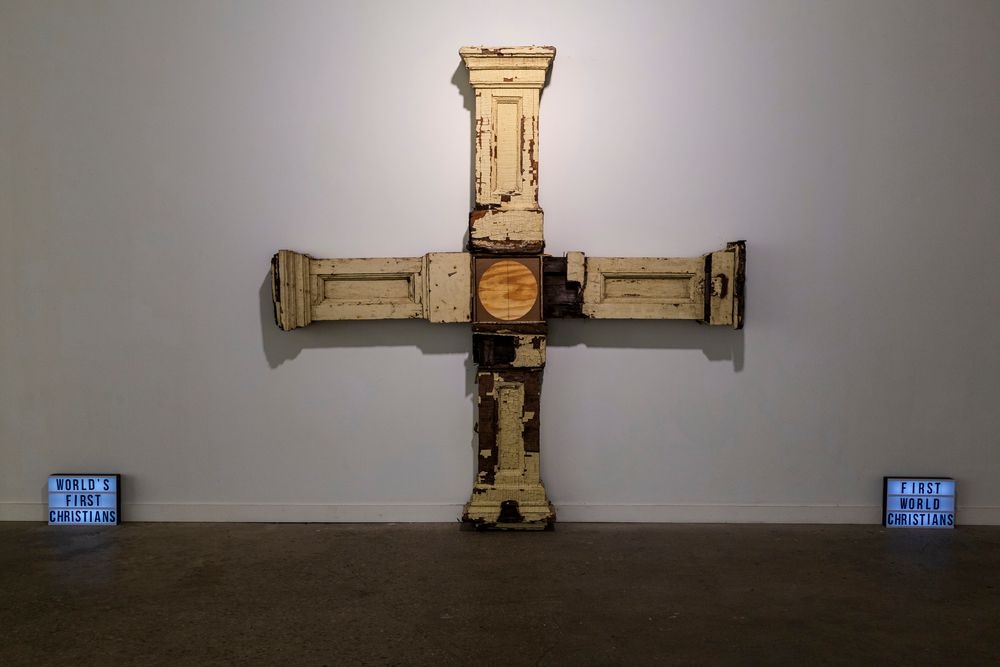 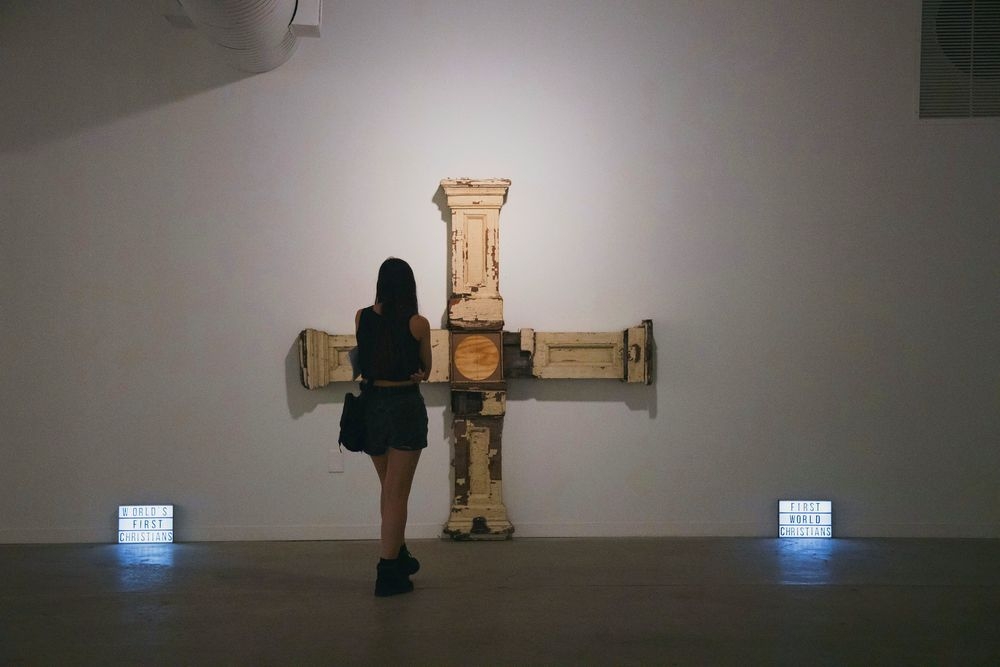 Via Dolorosa (Way of Sorrow) is the street in Jerusalem that Jesus is supposed to have traveled while carrying the cross. Being of Christian Palestinian descent, I tend to use my platforms to point out disparities between Christianity the ideology, and Christianity the American cult of imperialism and white supremacy. This sculpture, while bearing witness to the Palestinian origins of Christianity, is also a continuation of my interest in the correlation between internal imperialism (gentrification) and external imperialism (colonization), and how these things manifest in the built environment. The porch posts that comprise the arms of the crucifix were sourced from a demolished house in Columbus, Ohio; in an area laid waste by disinvestment, before again becoming desirable to developers. The centerpiece of the cross is comprised of text excerpts from Oren Yiftachel's paper, "Planning and Social Control: Exploring the Dark Side."