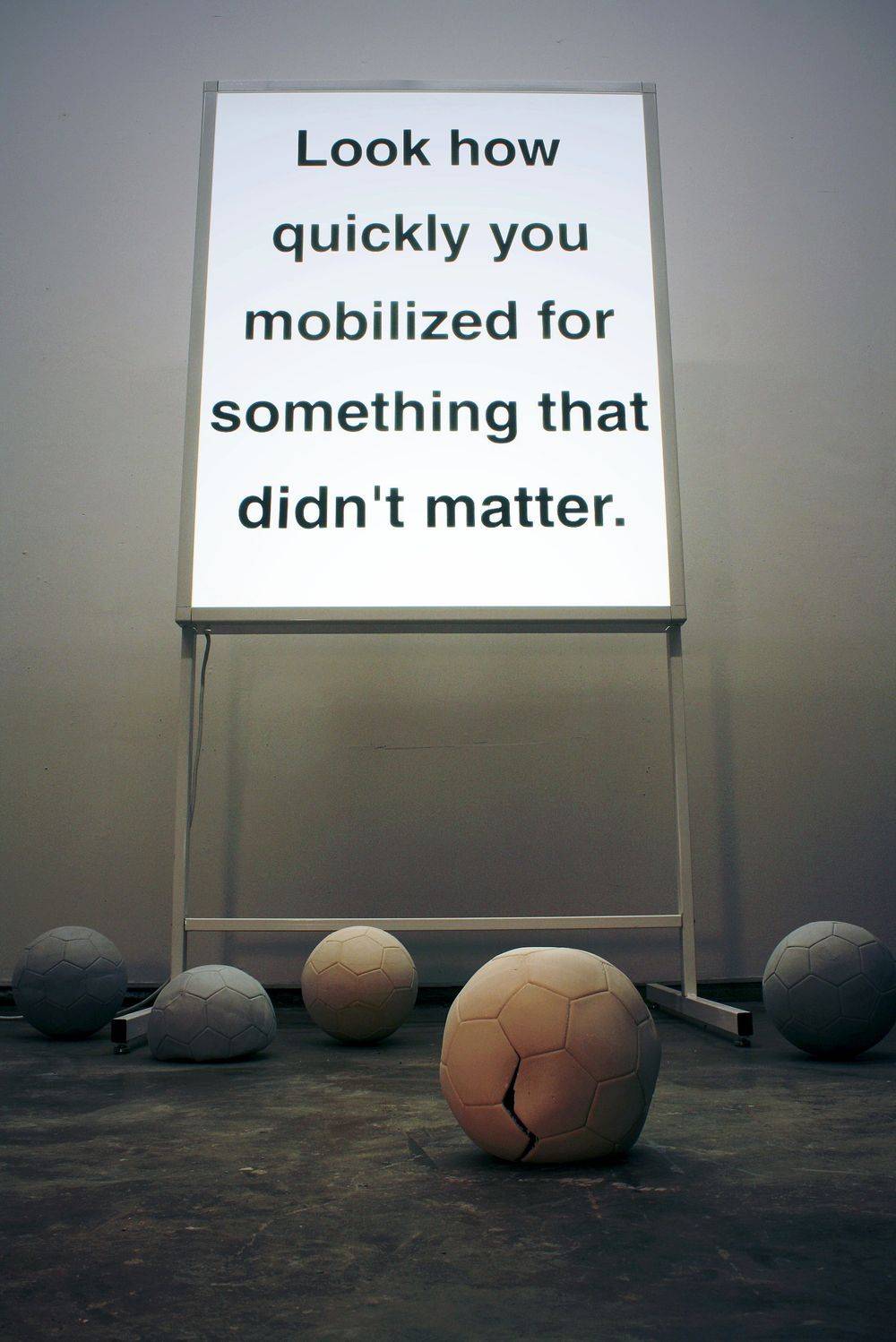 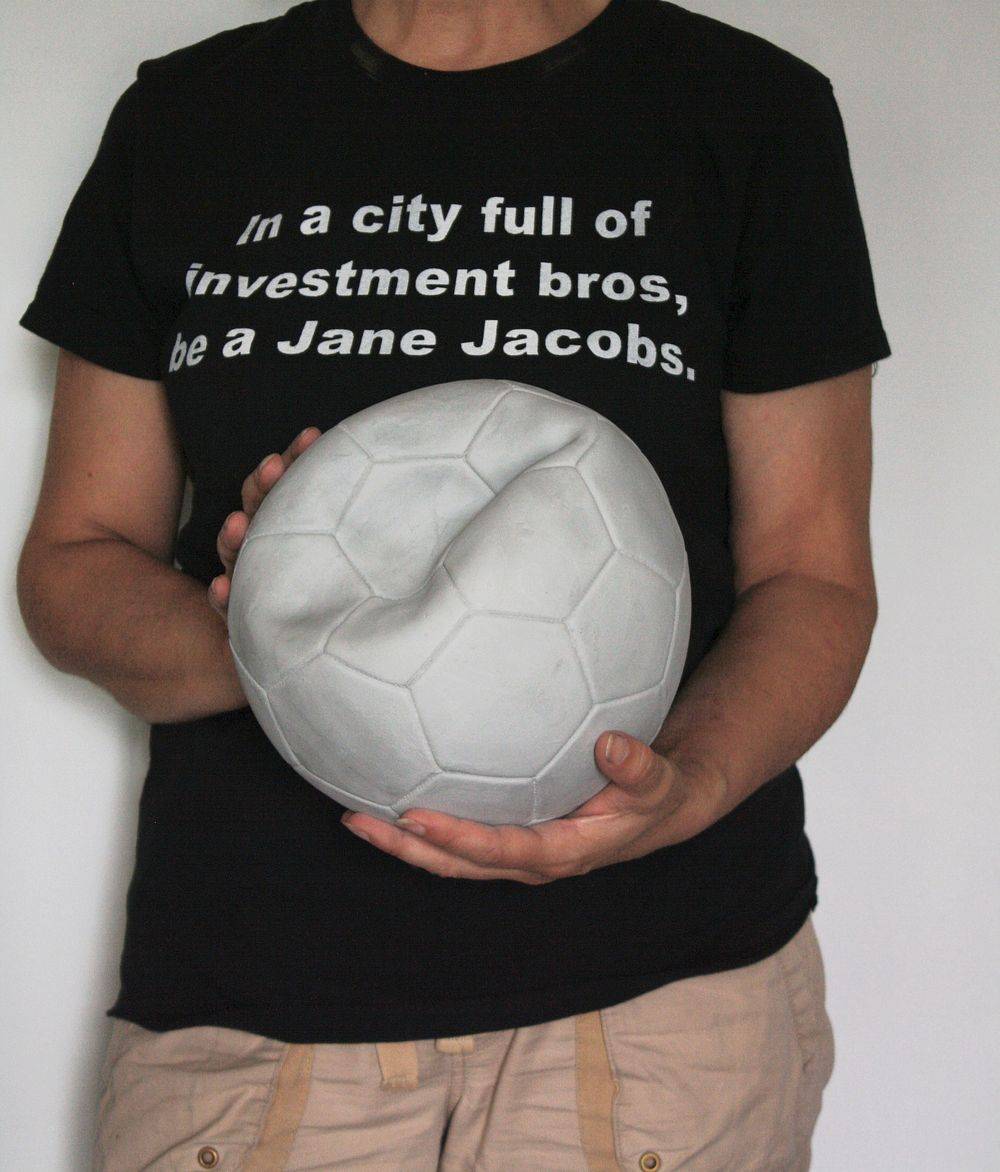 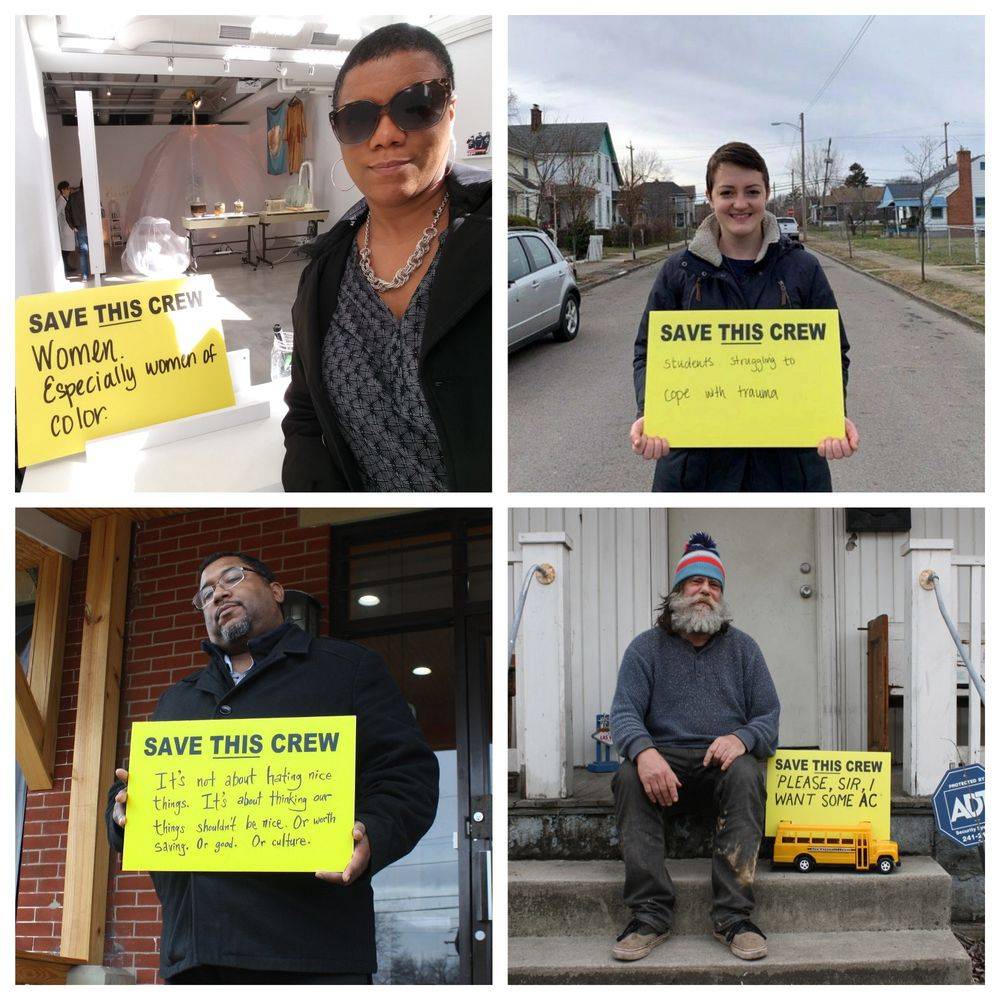 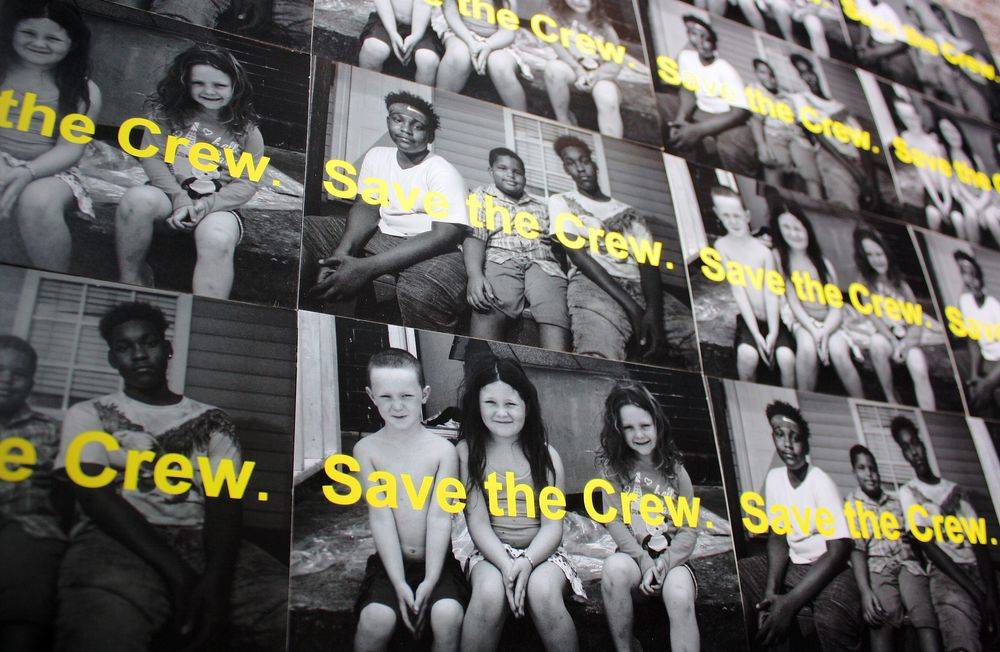 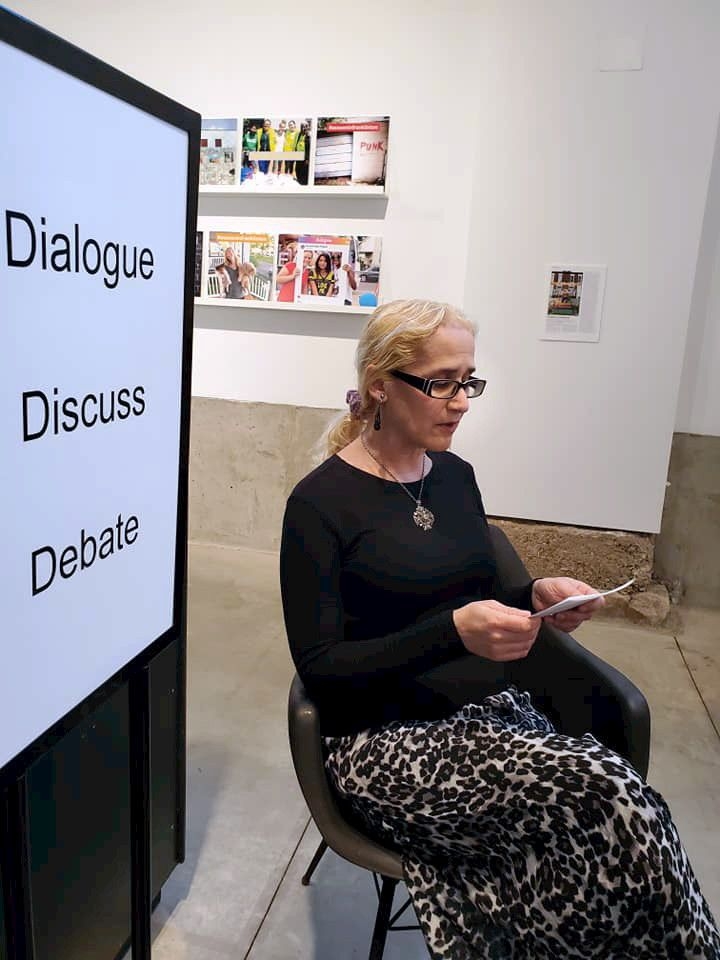 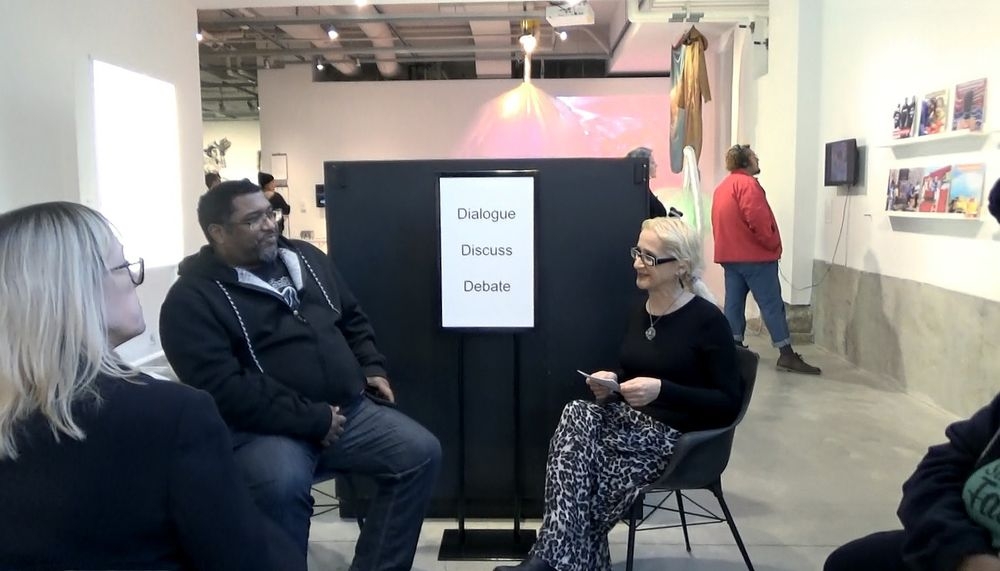 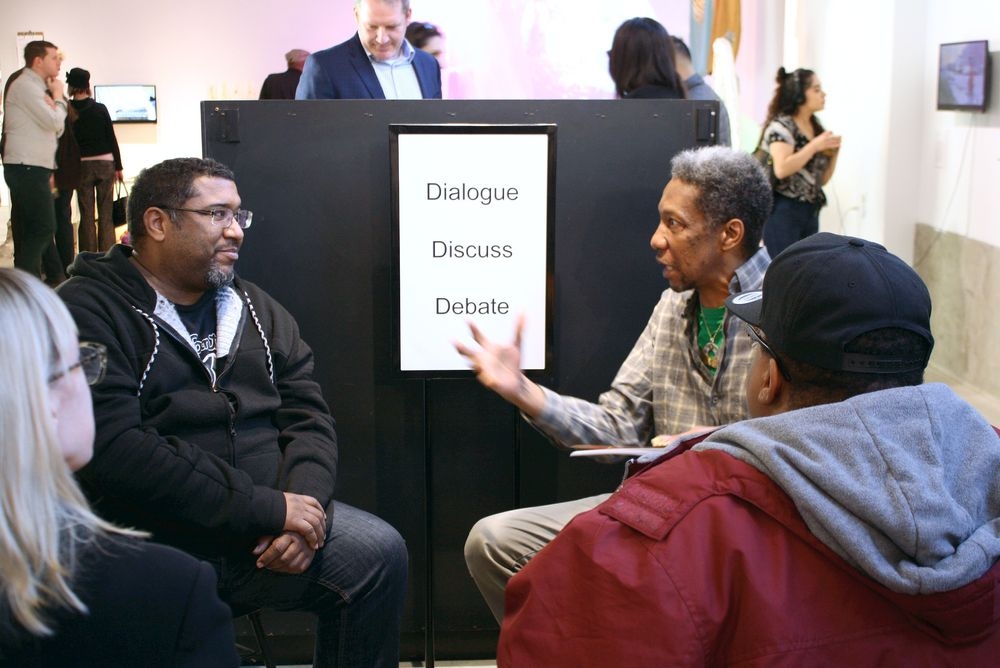 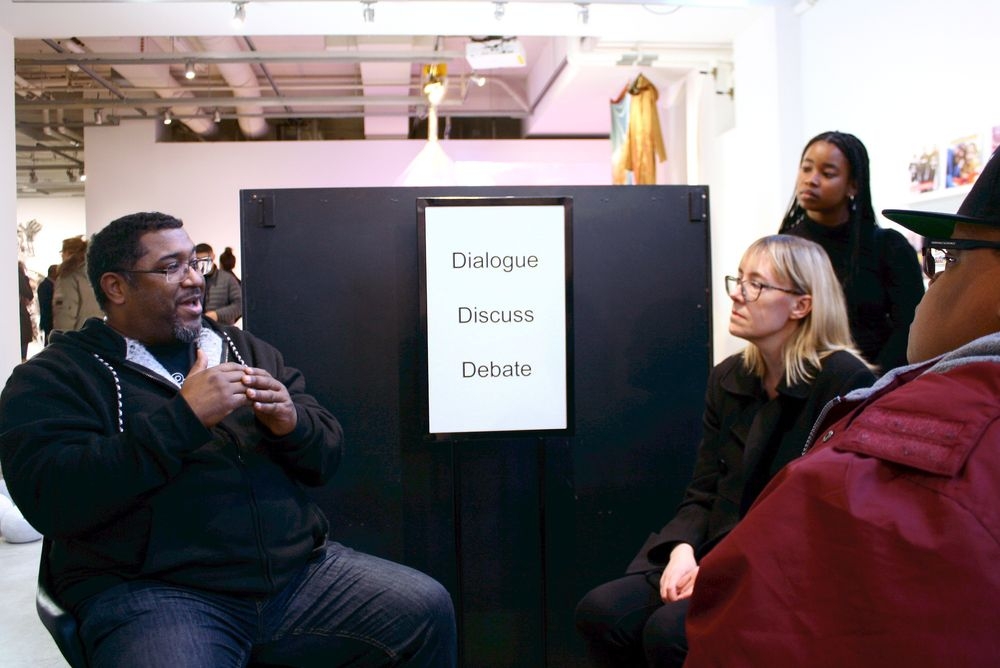 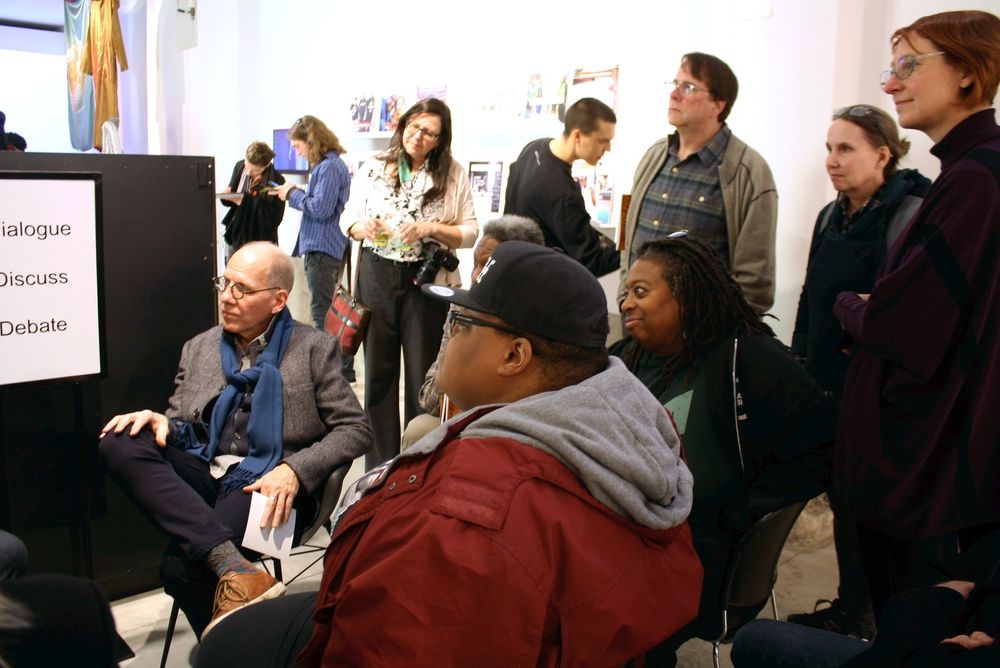 "Saving the Crew that Matters" was a 2020 social practice artwork/civic project that questioned the priorities of Columbus city leaders. Why was the construction of a new Crew stadium heavily subsidized with tax money while public school buildings continued to go without vital repairs and air conditioning? Why does city spending appear to prioritize projects that benefit predominantly rich white constituents, while leaving the rest of Columbus behind? Tax money for a privately-owned soccer stadium materialized in less than 2 years. Meanwhile we're still waiting for Columbus to fix perennially ignored crumbling school buildings and a corrupt and violent police force.

This project consisted of text art, slip-cast ceramic soccer balls in varying degrees of deflation, and yard signs plus printed postcards upon which people could write and express their views. "The Human Library" was additionally set up as a discussion area that disrupted the normal flow of the gallery opening. Five guests, each with a different stake in city politics, came and discussed/debated equity issues with gallery-goers. This project was done in collaboration with the photographer John Thorne, whose work was used n some of the print media, and my human library "resources" Scott Woods, Melody McDowell Reed, Joe Motil, Mike Skelton, and Laura Recchie.